The Lighthouse Keeper — Volume 5, SISTERS DIVIDED, Oh, Joy Ross Davis, This one is a “Keeper”

The double sets of twins from the angelic realm have quite a lovely intrigue to work through at the Owl’s Head Lighthouse which is considered to be haunted by two characters — a mysterious lady and a sea captain whose ship wrecked on the coast during a time the Lighthouse was out of commission for repairs.

I enjoyed the little historical tidbits that author Joy Ross Davis added to her story in this fifth volume of the Sisters Divided series.

Maeve is up to her expected self-centered mischief which threatens to cost her the opportunity to become a fullly fledged angel while her dutiful and true-hearted sister, Keeva comes to the rescue along with their guides — mature angels Lucille and Martha who are also twins — not divided as our bright younger sisters are. This 5th volume is the first time in the Angels Initiate post lecture activity where the angels deal with a demon and ghosts as well as bring peace to the people with whom they come in contact.

As the group chills in the lighthouse, Maeve is frustrated that they can’t be put up in a warmer cottage which seems to be available. The lead character and focus of their task to serve this time is not at all friendly or inviting. All except Maeve recognize that their task is connected to the special location of the lighthouse and that they must be there, cold or not.

When they have accomplished their task, they do bring peace to a man who has been wracked with guilt for years.

I know I say this at every new volume, but this series is getting stronger and stronger as the volumes are released. I highly recommend the stories — give yourself a treat by getting in on the series and following the characters through their travels. 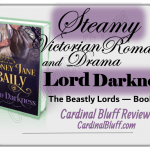 Traumatic blindness, a condition difficult to understand in the medical … END_OF_DOCUMENT_TOKEN_TO_BE_REPLACED

Find out more or adjust your settings.