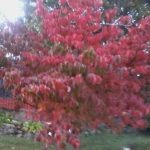 The first part of this well-written book is set in the rimes of the American Revolution, specifically the Battle of Saratoga. This battle was a turning point for that conflict, and definitely a turning point for the characters. The love interest blooms when a romance grows for Abigail, a lovely young woman who has an aptitude and skill at nursing. As a ‘rebel’ at heart, she is conscripted to help care for wounded Redcoat soldiers. She cares for Will’s wounds and his heart. She is not without risk from actual conflicting warfare added to risks of an attractive woman in a camp of lonely men. There are others who would win her heart and those who would just have her anyway. Still others among the women who are also nurses who resent her presence.

All of this is backgrounded with a strong Christian faith, expressed by believing characters and shared with some of those who do not believe. As the battle ends and the area is not a battle ground, Abigail and her Will leave the camp (yes, he becomes an official deserter) and settle their home at Abigail’s home farm before the battle took over her life.

Fast Forward two hundred years and reenactment celebrations at the site of the Battle of Saratoga where descendant converge to acknowledge their heritage. Main characters include Abigail’s several-great granddaughter, who also has red hair and is named Abigail — Abby to us.

I was pleasantly surprised by the next ‘twist’ in the story. I had suspected we would have some sort of paranormal experience where Abigail and her fellow characters would ‘channel’ their ancestor to figure out how things would go forward.

Instead, the descendants have to deal with their own issues, which includes fears and feuds that have burned for over 200 years. Two of the participants in the reenactments Abby and Ian, bring copies of letters written by their ancestors with them. These letters change everything for them when they are conflicted over spiritual and moral differences. Instead, the bright couple fall in love with one another, work out their spiritual conditions in a positive manner, marry and start their family. They move from their respective former homes — California and England — to live happily at the site where their ancestors first met. They move forward as strong Christians.

This is a fast-paced book that makes a wholesome pleasure read and I recommend this author. I hope you will read and enjoy the book as well.  More about this author at her Amazon page.