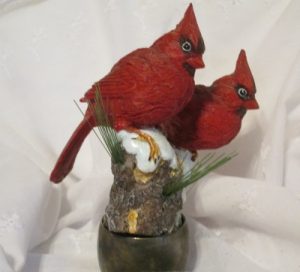 Everlasting Lights, a Civil War novella is fast moving and surprising. The characters find themselves in the throes of war recovery…all of the soldiers in the family accounted for.. Some dead, some wounded and one missing, premed dead. This man is the one for home an everlasting light burns. Families and friends do not survive the destruction of war.

Is this man, Braeden McKenna, really dead as it seems? His wife, Alaina, cannot accept that. She is mildly supported by his parents and one faithful Negro. She is ‘assailed’ by his best friend who also has always admired her and encourages her to move on and marry HIM. There are shades of domestic problems in scenes before Alaina and Braeden are married…as one other reviewer put it, the second man is probably more mature and responsible. That isn’t how fate works…Alaina loves Braeden, the man had a jealous snit when she danced with his best friend before the war and who survived but assumed she died in an epidemic, so didn’t bust himself to be certain. He does come home finally, after the friend has left to ‘go West’ in his economically broken situation. Almost everyone else in the book died during the War, either from battle wounds or small pox, which contribute to Braden’s assumption that they all died. War is terrible as the various scenes included make plain. Death and destruction along with political confusion made for horrific conditions.

It seems as if there is a lot of emotion and history sort of ‘crammed’ together to get a complicated story run through in the novella length. That is an engineering condition often suffered by a shorter story…not wrong or bad, but there. The book has definite Christian points presented, no profanity, no smut and makes a wholesome pleasure read for a long winter afternoon. Andrea Boeshaar has a long list of books for readers to enjoy.